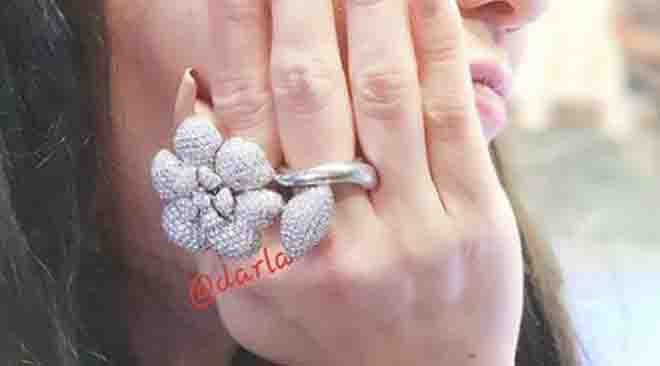 Most of the people who watched Regine Velasquez Alcasid’s concert entitled “Regine At TheMovies’ concert were surprised when Sharon Cuneta removed her diamond ring and put it on to Regine. Even Regine cannot believe it.

According to Sharon, the ring was made by Candy Dizon.

LOOK: Sarah Geronimo, Regine Velasquez, and Sharon Cuneta together in one photo

On Instagram, ABS-CBN head writer Darla Sauler posted a close up shot of the said ring with the following caption: