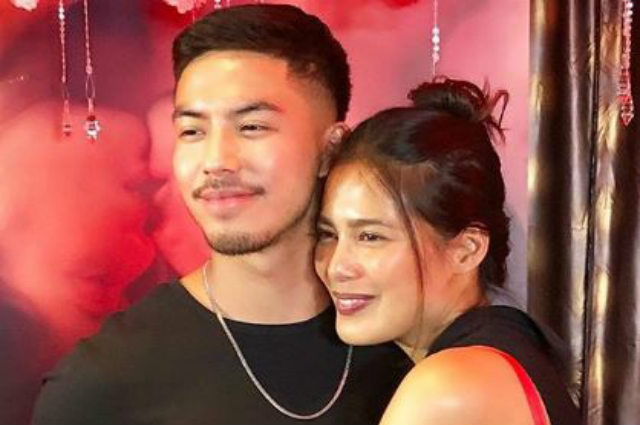 Tony Labrusca and Angel Aquino might be the hottest on screen team up today as their upcoming film “Glorious” has left fans gushing after their steamy trailer went viral on social media.

During the film’s blogcon, Tony and Angel openly answered questions from the media and described how it was like, kissing each other for the movie.

Netizens gush over Angel Aquino after viral trailer of ‘Glorious’: “Anastasia Steele who?”

In their interview with entertainment reporter MJ Felipe, Angel shared when asked about her kissing scenes with Tony: “Well he kisses very well, too. Pagka nga tinatanong ako, ‘O, kamusta si Tony?’ Oh my God, ang sarap sarap. That’s all I say because the kisses were really delicious! I’m not kidding!”

When asked to compare Tony to a food, Angel replied: “Strawberry shortcake.”

Tony then revealed: “I don’t know if I’m a good kisser or not.. It was very pleasant and she taught me a thing or two na I can keep with me. And if I can describe her kiss, I think ‘yun talaga yung trademark. Yung strawberry..”

WATCH: Angel Aquino describes Tony Labrusca’s kiss in their digital movie “Glorious” as “delicious, ang sarap sarap!” While Tony compares the kiss to a strawberry shortcake and says “it was pleasant”.