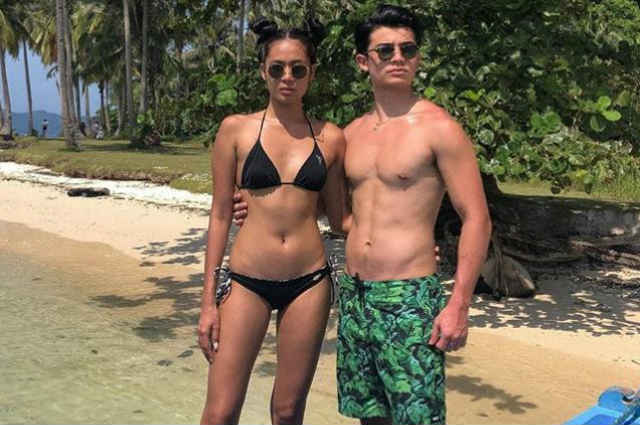 Former ‘Pinoy Big Brother’ housemates and real life couple Lou Yanong and Andre Brouillette had the most romantic celebration as they marked their 6th month of being together.

It can be remembered that the two housemates developed feelings for each other when they were inside the Big Brother house before Andre finally asked Lou to be his girlfriend prior to their exit.

WATCH: Lou Yanong and Andre Brouillette get uncomfortable while watching their controversial kiss

On their Instagram accounts, Lou and Andre have been sharing photos and videos of them together as they went on a vacation in Palawan to celebrate their 6th month of being a couple.

In his recent post, Andre shared a video of Lou while they were having a romantic dinner and gave his message to his girlfriend.

He said: “So, just before I say anything, I just want to let you know, and be honest.. I don’t need you to answer or anything but Lou, I really really love you. Happy 6 months, babe.”

Andre then wrote in the video’s caption: “It’s been half a year since I asked you to be my girlfriend, and I love you more and more each day ♥️”

It’s been half a year since I asked you to be my girlfriend, and I love you more and more each day ♥️