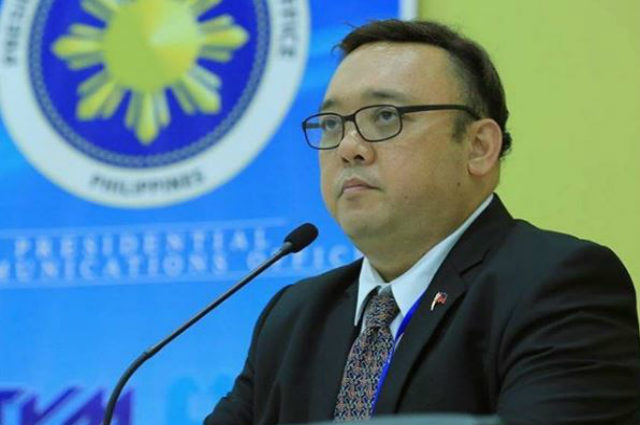 Presidential spokesperson Harry Roque said on Monday, October 15, that he had resigned from the position to run as a party list representative for the 2019 elections.

In a report by CNN Philippines, Roque opted to run for a position in the House of Representatives due to poor ratings in surveys for the senatorial race which was previously planned as he has been included in the initial senatorial line up of PDP-Laban.

President Duterte says extrajudicial killings is his only sin, Roque claims he was not serious

He said during his last Palace press briefing: “It’s time to be my own person again. I knew as a spokesperson that I had no personal views. That period has ended.”

He also revealed that he made the decision after talking to the president on Sunday night.

“It was clear to both of us that I was running in this year’s elections. I was surprised that the offer came for press secretary. It was also daunting. I did not think that I’m the right person for that job because I am really not from the press,” he added.

Roque will seek for a Lower house position under the Luntiang Pilipinas party list.