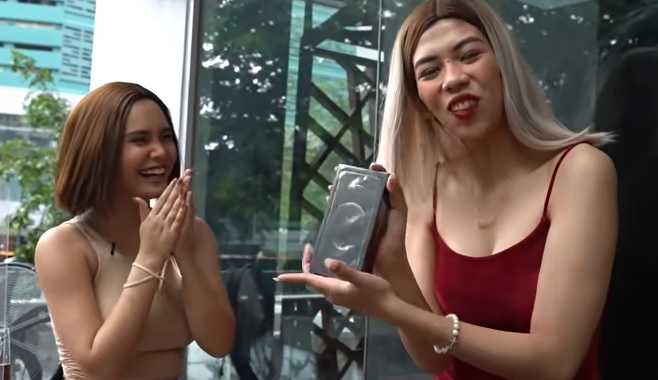 The prank is for both Ivana and Hash to ask random people for their number – pretending that they just want to become friends or any reason that they think of. The objective is to be able to get their number.

Ivana was successful in getting a number pretending that she is lost somewhere in BGC and needed the number of a guy just in case she got lost.

Hash however asked the number of Herlene who happens to be in the same restaurant as Ivana and Hash. Everything turn out well until Christopher who pretended to be the boyfriend of Herlene came into the scene.

Christopher pretended to be angry at Hash for talking and getting the number of Herlene. A discussion ensued and a near fist fight was to happen until everyone reveals to Hash that everything was us a prank.

To show her appreciation, Ivana gave Herelene a mobile phone and some love gift to which Herlene was thankful for.