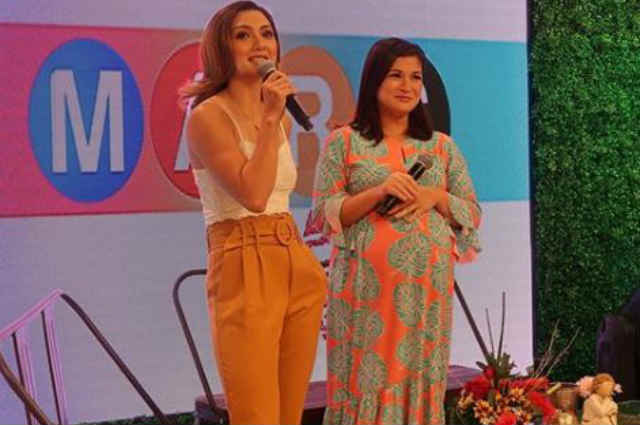 Host Iya Villania was officially introduced as the new host of the revamped season of lifestyle talk show “Mars” together with mainstay host Camille Prats.

Iya is set to replace Suzi Entrata in the new “Mars Pa More!” which will be airing on the morning block of GMA-7 starting July 8.

LOOK: The lovely family of Iya Villania and Drew Arellano

Suzi and Camille served as the hosts of the lifestyle show for 7 years which originally aired in the afternoon on GMA News TV.

Amid exiting the show, Suzi will still be part of the Kapuso morning show “Unang Hirit” which she has been hosting for about 10 years.