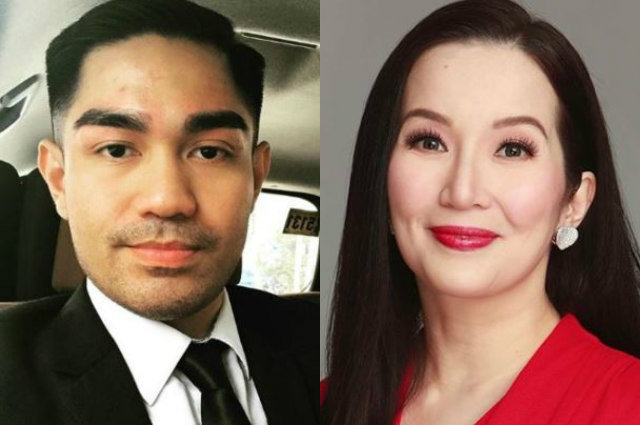 Jesus Falcis threw shade to Kris Aquino anew amid the queen of all media’s issue with senatorial candidate Bong Go regarding his skit video with her former partner Philip Salvador.

In his Instagram stories, Jesus who is the brother of Kris’ former business manager Nicko Falcis, referred to her as “self-serving” for getting hurt over Bong’s joke and downplaying her alleged threat to Nicko as a ‘bluff’.

Kris Aquino to Philip Salvador: “I made the mistake of loving you”

Bong Go apologizes to Kris Aquino; says it was just an intro joke

Kris Aquino on Bong Go’s joke: ‘I was deeply hurt.’

Kris Aquino on her death threat to Nicko Falcis: ‘It was a bluff.'”