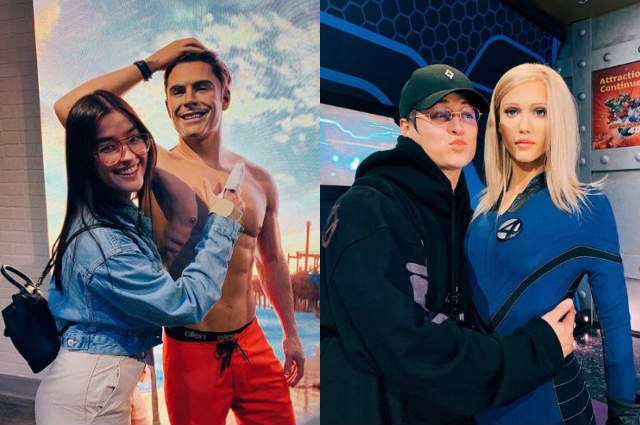 Celebrity couple Liza Soberano and Enrique Gil took some time off and visited the famous Madame Tussauds museum during their Hollywood trip where they had the chance to ‘meet’ some famous personalities.

On Instagram, Liza posted photos taken during their visit in the museum where they posed with the wax figures af personalities such as Hollywood stars Kylie Jenner, Zac Efron, and Scarlett Johansson among others.

Liza Soberano undergoes surgery for finger injury in US

Just some casuals at Maddam Tussauds