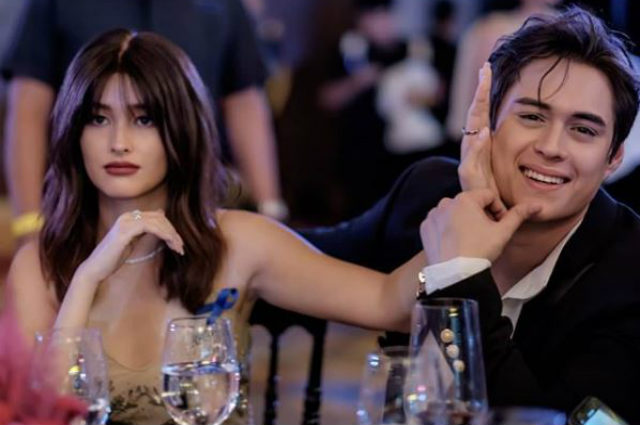 While they channeled their fierce versions at the red carpet during the photo op, the two were caught having an adorable moment together while they were on their table.

Cherie Gil comments on Liza Soberano’s photo with Enrique Gil: “Next time, you sit on the chair while he lays”

In a photo shared by photographer Johnny Delos Santos on Instagram, Liza was seen flashing a serious face while slightly pushing Enrique’s face away as he gave an adorable smile in return.

In the comments section, Liza explained the reason of her straight face, saying: “Omg!! ??? Quen accidentally spilled his champagne on me. That explains the face haha”

The two earlier confirmed in their previous interview that they are ‘exclusively dating’.