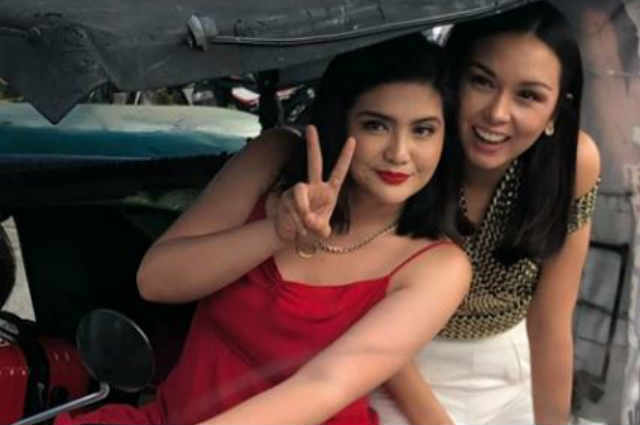 While the Kapmailya television series ‘Kadenang Ginto’ continues to to become one of the most watched shows, lead stars Dimples Romana and Beauty Gonzalez have also been gaining attention and admiration from television viewers and even online as memes featuring their characters have been trending on social media.

In a Facebook post, Dimples and Beauty drew attention once again after they were spotted riding a tricycle together.

Beauty Gonzales reveals she and Dimples Romana stay in different tents: “We wanted it that way”

WATCH: Dimples Romana and husband’s funny but sweet prank to each other

Far from their on-screen rivalry, the two stars were all smiles as they grant photo requests from fans.

But not only were they present but also the famous red luggage of Daniela played by Dimples which was in the passenger’s seat of the tricycle.

As of writing, the post went viral on Facebook with over 78K shares in less than a day.