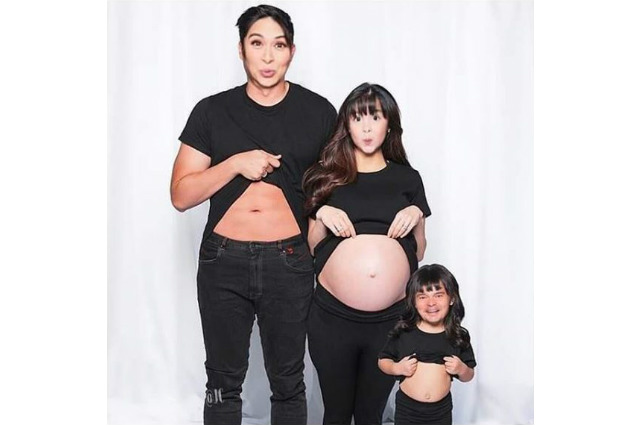 While the photo taken during Marian’s maternity shoot has earlier been posted online, Dingdong shared a different ‘version’ of the said shot which drew laughter from netizens as well as celebrities because of their adorable swapped faces where Dingdong became Marian, Marian became Zia, and Zia became Dingdong.

Even Kapamilya host Vice Ganda was delighted by the photo as he commented: “hahahahah!!!! sobrang cute!!!!!”