Sharon Cuneta reveals wearing own watch and jewelry in her movies 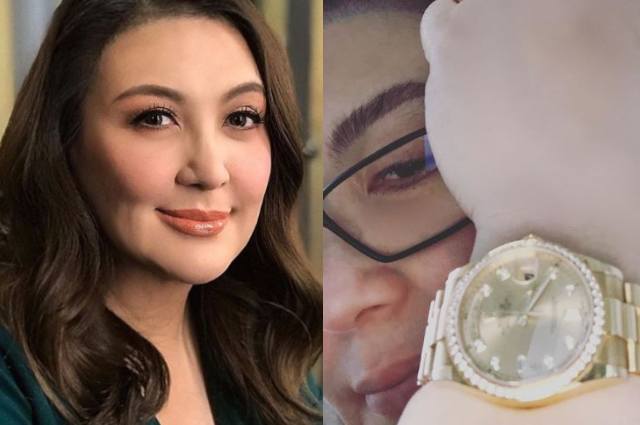 Megastar Sharon Cuneta had been very vocal on expressing her thoughts and opinions on issues that their family were facing against bashers through her social media accounts.

Sharon shared on her Instagram account a photo wherein she was wearing a gold watch and a message to trolls who claimed that she just grabbed a photo of a expensive watch.

She reiterated that good people were blessed not only by a luxurious watch like Rolex. She also revealed that she wore her own jewelry and watch that was chosen by her production designer when she portrayed a wealthy character in her movies.

“You mean people thought I just grabbed the pic of the wrist wearing the watch? Hahahaha! Que babaw. Good people are blessed – and not just with Rolexes! Unbelievable! But hilarious too! Watch my old movies. In many where I played wealthy characters, I wore my own watches and jewelry as chosen by my Production Designer. Or watch Madrasta na lang if you don’t have gana to watch my other movies.1996 pa yon” captioned by Sharon.

A post shared by ActorSingerPresenter (@reallysharoncuneta) on Jul 9, 2020 at 12:32am PDT