Spot the difference: Pauleen Luna before and after giving birth to baby Tali 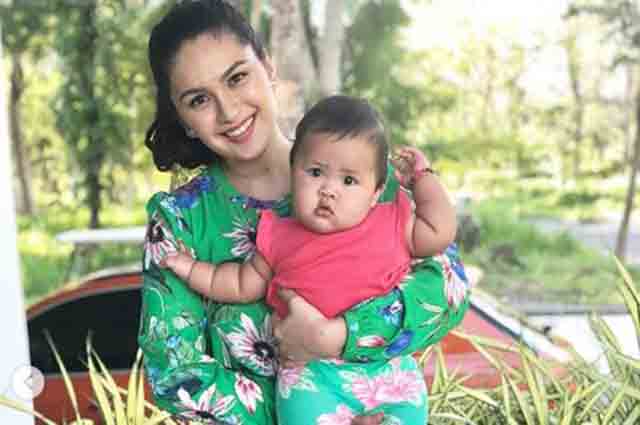 ‘Eat Bulaga’ host Pauleen Luna has become a hands-on mom to her cute baby girl Tali right after she gave birth to her November last year.

But while she is now living the happy life being a mom, Pauleen looked back at the moments when baby Tali was still in her tummy.

In her recent Instagram post, Pauleen shared a photo of her before and after giving birth to baby Tali.

On the first photo, Pauleen still has her baby bump, while she is already carrying her lovable baby on the other.

With her, wearing the same outfit, Pauleen wrote in the caption: “Spot the difference ? 10 months apart!”