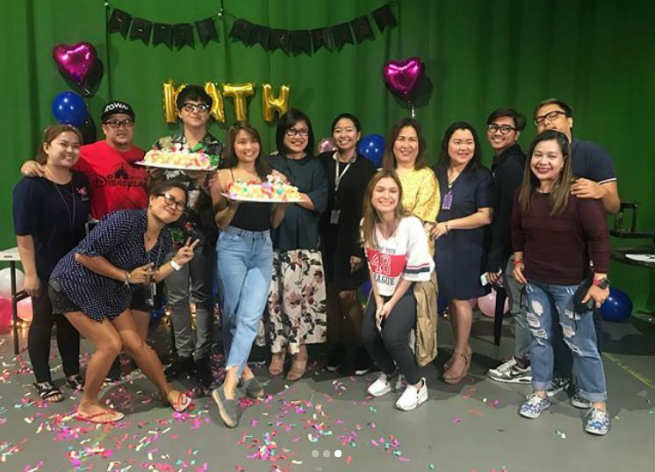 Fans could not wait any longer for Kathryn Bernardo and Daniel Padilla’s upcoming big screen project entitled ‘The Hows Of Us’ as photos of the Kapamilya love team attending production meetings and preparing for the film started circulating social media.

During the look test of Kathryn and Daniel’s characters for the movie, the two stars were surprised as their Star Cinema family prepared a belated birthday celebration for them.

In photos posted on Instagram, Kathryn and Daniel were seen covered in confetti as they were given their birthday cakes which they blew together.

‘The House Of Us’ will be directed by Cathy Garcia-Molina who also directed their previous film ‘She’s Dating The Gangster’.