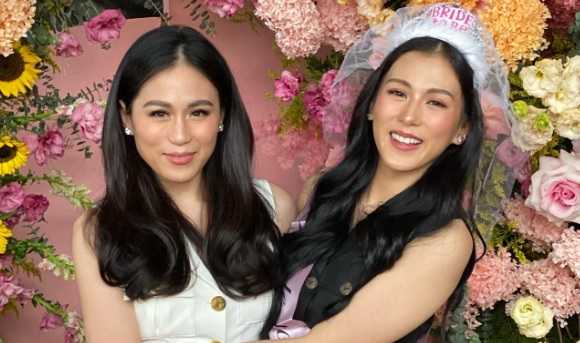 Actress and TV host Toni Gonzaga and rapper Andrew E can’t help but poke fun at her sister, actress and vlogger Alex Gonzaga during her 20th anniversary concert that was held at the Araneta Coliseum.

One of the guest performers of Toni during the said concert was her sister, Alex. During the concert, Alex expressed her love and support to her sister as she greeted her on her birthday and on her 20th anniversary in the Showbiz industry.

Later on, Toni can’t help but tease her sister, Alex over the recent controversial ‘cake-smearing’ incident when the LED screen display had changed into “I am Alex” after her performance.

Andrew E also graced the stage with Alex and Toni as he can’t help but poke fun at Alex as well.