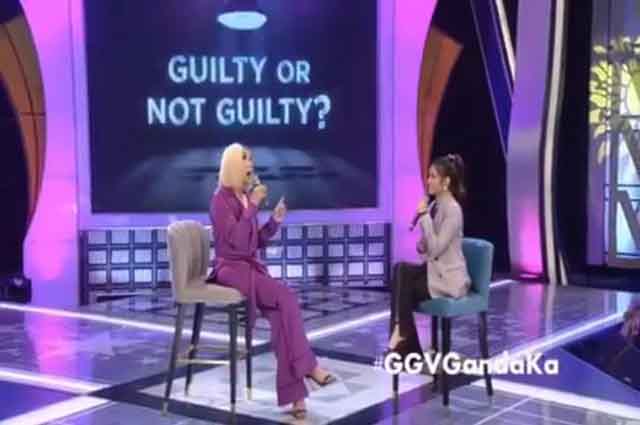 Kapamilya star Liza Soberano undoubtedly has one of the most beautiful faces in the showbiz industry but her love team Enrique Gil seems to be the lucky guy who captured her heart.

In a teaser of the upcoming episode of “Gandang Gabi Vice”, Liza who is one of the guests had a shocking revelation during the ‘Guilty or Not Guilty’ segment of the show.

Liza who was asked by Vice if a guy has kissed her on the lips, the actress burst into laughter as an expression of her “guilty” answer.

When Vice asked her about the lucky guy, Liza whispered the name to the host who later hinted: “Quen we say the name?”

The audience then started gushing as “Quen” is what Enrique’s close friends call him.

Liza’s GGV episode will air on Sunday, September 16 on ABS-CBN.