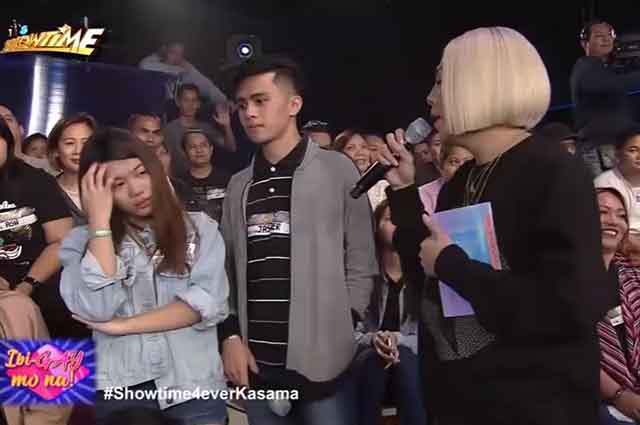 Television viewers and the hosts of noon time show ‘It’s Showtime’ witnessed an emotional reunion of an ex-couple who were both among the studio audience in the recent episode of the show.

Vice Ganda interviewed the girl who became emotional as she talked about her past relationship with her former boyfriend who was also in the audience.

The male audience than apologized to his ex-girlfriend without further explaining the reason of their break up.

The ex-couple revealed that they have ended their relationship June this year.