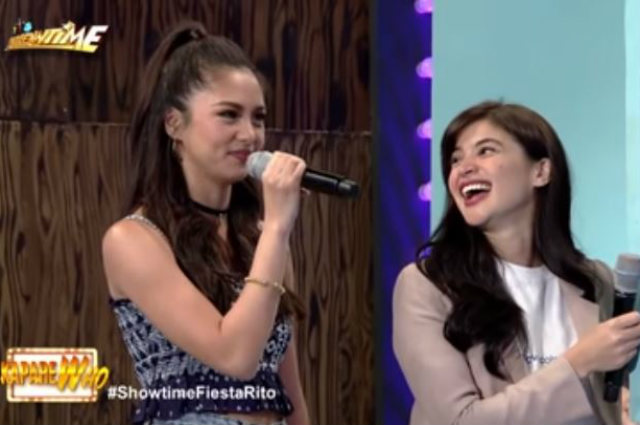 Years after confirming their break up, former couple Kim Chiu and Gerald Anderson are still being teased to each other in the Kapamilya noon time show “It’s Showtime”.

The teasing started as Gerald was invited as guest judge in the segment ‘Bidaman’ while Kim has been appearing as a guest host in the show.

In the recent episode of the noon time program, Vice Ganda who just came back from his concert tour teased Kim anew as they talked about ‘kuya escort’ Ion Perez’s new bearded look.