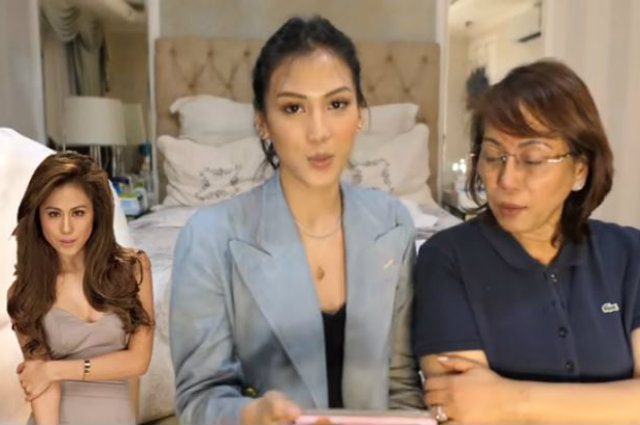 Host and actress Alex Gonzaga never fails to put a smile on her followers’ faces with her hilarious vlog content, especially when she shares her bonding moments with her mommy Pinty and daddy Bonoy.

In her recent vlog, Alex had a voice lesson session with mommy Pinty and daddy Bonoy who showed off their singing skills.

In one part of the video, Alex and mommy Pinty performed a hilarious spoof of Toni Gonzaga’s hot song ‘Catch Me, I’m Falling’ as they tried to imitate her singing voice.

Daddy Bonoy, meanwhile, did his version of the song “Buwan” which amazed netizens despite him, not hitting the high notes because of his hoarse voice.

At the end of the video, Alex and mommy Pinty also took on the trending ‘Dalagang Pilipina’ challenge.

The video already gained more than 1.1 million views as of writing.