WATCH: Alex Gonzaga catches Robi Domingo at the mall with a girl 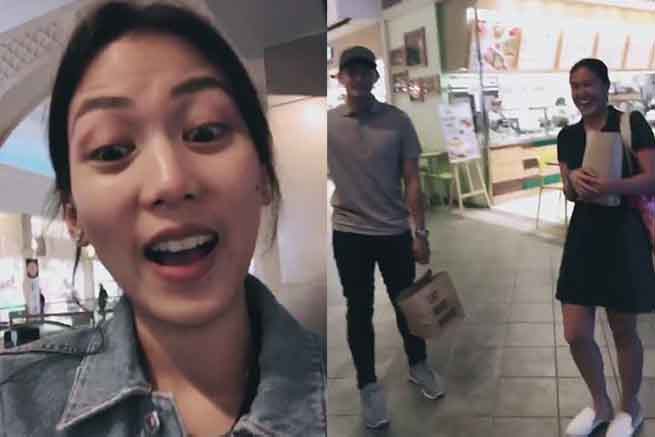 Comedienne and host Alex Gonzaga was just strolling around the mall with her boyfriend Mikee Morada when she unexpectedly bumped into one of her close friends, Kapamilya host Robi Domingo.

Alex shared a video of Robi as she caught him at the mall but what netizens noticed was that he was out with a girl.

Robi Domingo admits he is dating a non-showbiz girl

Alex said while panning the camera to Robi and the girl he was with: “Caught in the act! What is this? No, that’s my Mikee!”

Robi earlier revealed in his interview with Push that he is currently dating a non-showbiz girl.