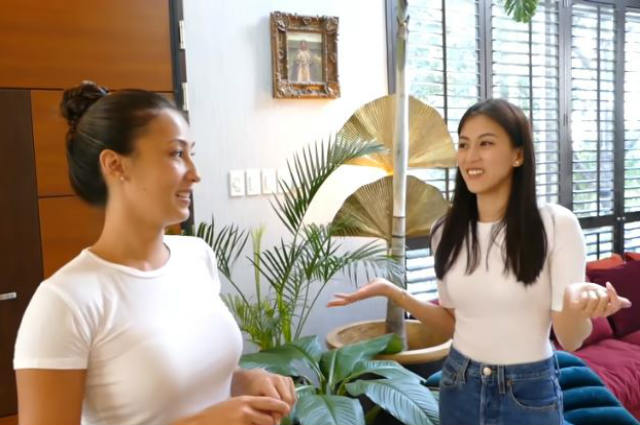 Actress Alex Gonzaga had another ‘sosyal’ house to raid as she visited Solenn Heussaff and Nico Bolzico’s home.

In her recent vlog, Solenn gave a tour inside her house and showed Alex her art pieces and house plants which can be seen in almost every part of her home, as well as her furniture and decors which she got from both local and foreign designers and brands.

WATCH: Alex Gonzaga brings fish in an ice cream tub for her dinner with Isabelle Daza

Apart from Solenn, Alex has also raided houses of some celebrities including Sam Milby and Isabelle Daza.