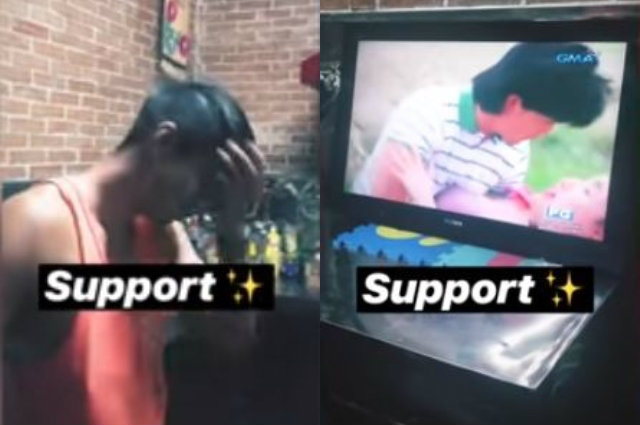 Celebrity couple Aljur Abrenica and Kylie Padilla have been in the showbiz industry for several years now and have worked with different artists but a hint of ‘awkwardness’ still shows up whenever one sees the other paired up with a different on screen partner.

In a video shared on YouTube, Aljur can be seen having a hilariously awkward moment while watching Kylie’s sweet scene with Kapuso actor Ruru Madrid in their newest television series “Toda One I Love”.

The majestic wedding reception of Kylie and Aljur Abrenica

In the video, Aljur shook his head and put his hands on his face while watching the scene where Ruru caught Kylie in his arms after she tripped.

Kylie can be heard laughing at the background while watching her husband’s hilarious reaction.