WATCH: Baby Seve’s priceless reaction after receiving a gift from his Lolo Bonoy and Lola 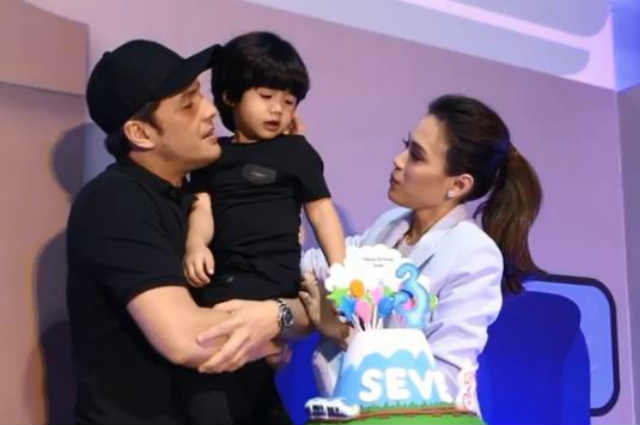 Baby Seve, the son of actress and host Toni Gonzaga and director Paul Soriano has since been stealing the hearts of netizens on social media because of his adorable photos and videos shared by his parents and aunt Alex Gonzaga.

In a recent video shared by his ‘tata’ Alex on Twitter, Seve drew attention online after he showed a priceless reaction upon seeing a gift he received from his grandparents, Lolo Bonoy and Lola Pinty who are the parents of the Gonzaga sisters.

In the video, Seve can be seen walking down the stairs when he found a huge train toy set on their living room which was a gift from his grandparents.

The adorable boy rushed to her mom Toni who was at the dining area and excitedly said: “Mommy, look!”

Alex then wrote in the video’s caption: “My nephew’s priceless reaction when he got his pasalubong from Lolo and Lola! Sana all ganito kapag nakakatanggap ng gift! Love you Seve!”

My nephew's priceless reaction when he got his pasalubong from Lolo and Lola! Sana all ganito kapag nakakatanggap ng gift! Love you Seve! pic.twitter.com/JFicQ4H7mv