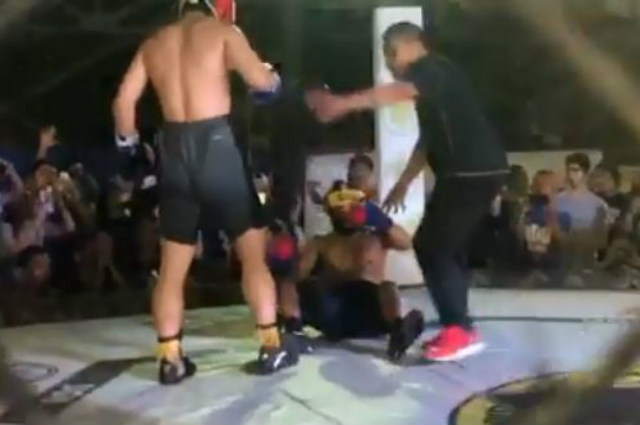 Fighting senator Manny ‘Pacman’ Pacquiao’s eldest child Jimuel Pacquiao seems to be following the footsteps of his dad as he has been spotted in several boxing matches inside the ring.

In a video shared by sports reporter Dyan Castillejo, Jimuel showed off his boxing prowess as he knocked out his opponent Miguel Egan on the second round of their match.

WATCH: Jimuel Pacquiao gives all out support to girlfriend Heaven Peralejo in “Minute To Win It”

Watch here is the KO win of Jimuel Pacquiao vs Miguel Egan 26 of team inaider . 2nd rd Ko , left hook right straight . Boom ! Rd 2 . . Jimuel message to his mom and dad : I won !!! . He wants to continue to train to build. #jimuelpacquiao