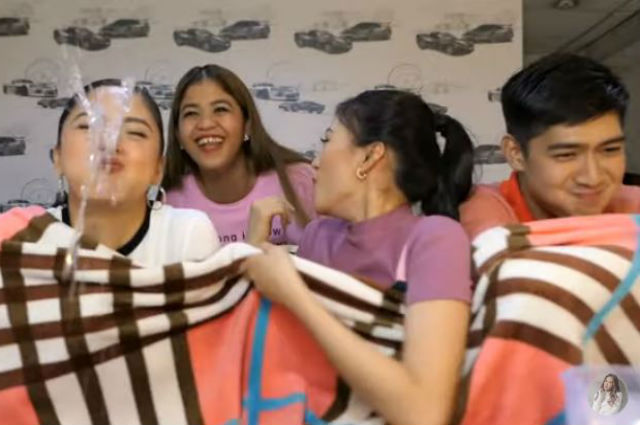 In the video, the hosts was asked to put water inside their mouths and keep themselves from laughing while Alex was telling them a funny childhood story.

Alex Gonzaga gives advice to aspiring vloggers: “Showcase who you really are”

While no one spitted water, Robi was left rushing to the bathroom after being choked.

Melai then started telling her funny story when Kim suddenly spitted the water from her mouth after the former mentioned a funny Bisaya word.