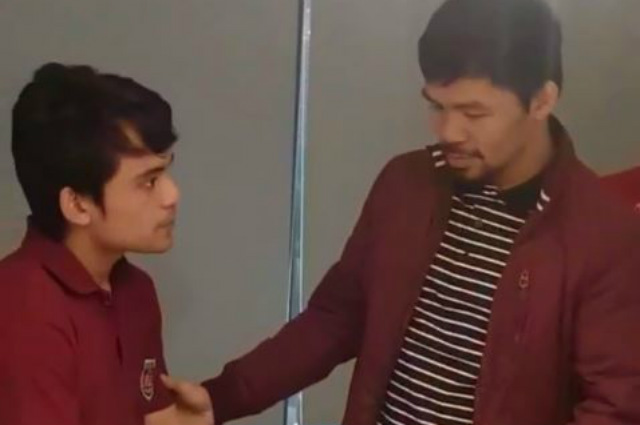 Fighting senator Manny Pacquiao has proven himself to the world when it comes to boxing as he currently holds the WBA world champion title.

But apart from him, it seems like his eldest son Jimuel has also been showing interest in the sport and is getting more involved in boxing as videos of his sparring matches inside the ring have been circulating online.

In a video shared by Jinkee Pacquiao on Instagram, the fighting senator had a fun moment with his son as he casually showed him some of his boxing moves.

While Jimuel was watching his dad, Manny gave him a sweet hug and reached to his wife Jinkee who was sitting beside their son for a kiss.