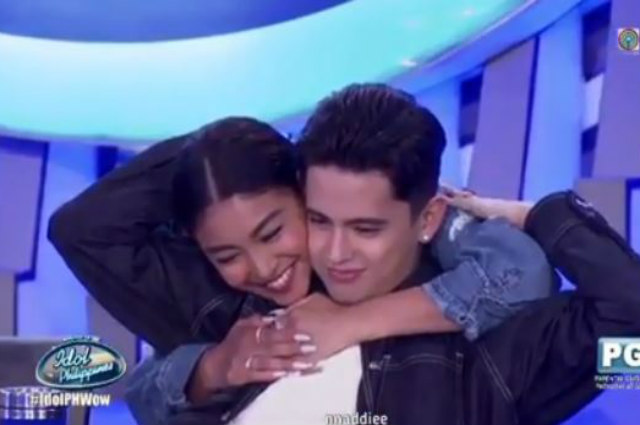 “Idol Philippines” judge James Reid received such sweet surprise from his girlfriend Nadine Lustre as she visited him on the set of the singing competition.

James who said he was sleepy then realized that what Vice was referring to was his girlfriend Nadine Lustre who walked towards him and gave him a tight hug.

Nadine who just arrived from Indonesia asked James: “How are you feeling? I missed you too.”