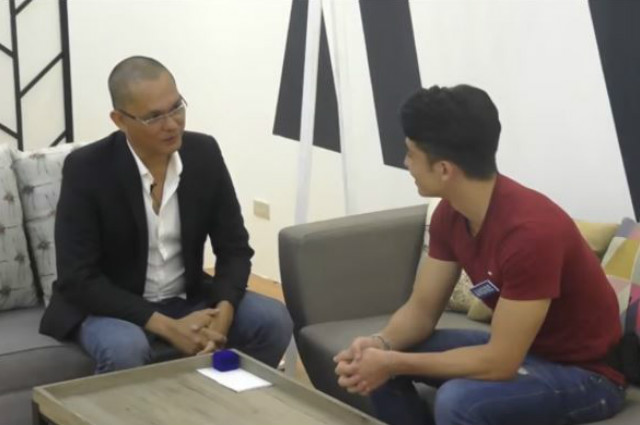 After the controversial kiss of “Pinoy Big Brother: OTSO” housemates Lou Yanong and Andre Brouillette, the female housemate’s dad entered the Big Brother house and got the chance to speak with Andre.

During the episode, Andre and daddy Michael had a one on one talk where Andre talked about his feelings for his daughter.

During their talk, the topic about Lou and Andre’s kiss was opened up and Andre took the oportunity to apologized to Lou’s dad.

Daddy Michael then accepted Andre’s apology and said: “It’s okay, no worries about it. You made a decision call, both of you. Things happen and maybe you’d be kind of repentant about what happened. You said sorry, as a father I would accept that. And I just hope that you would learn from it.”

Daddy Michael then requested Andre to take care of his daughter while they are inside the house.