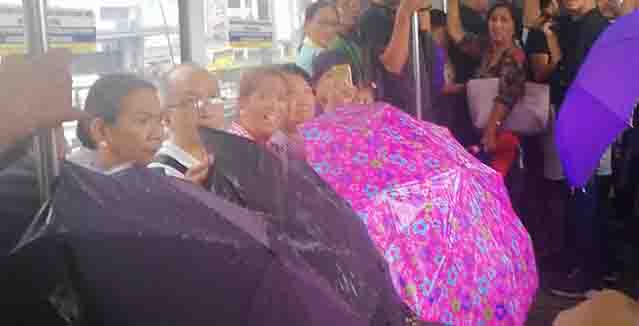 Commuters of Metro Rail Transit Line 3 (MRT-3) were surprised after water drips from the train’s ceiling forcing passengers to bring out their umbrellas to protect themselves from the water. The incident happened Tuesday (August 7, 2018) between Tuesday Boni Avenue station and Taft station.

ABS-CBN posted on Twitter the official statement of MRT management apologizing for the said incident.

READ: MRT apologizes for leak inside one of its trains | via @jacquemanabat pic.twitter.com/I6v6BhDFhm

Here is the video of the incident posted by a netizen: