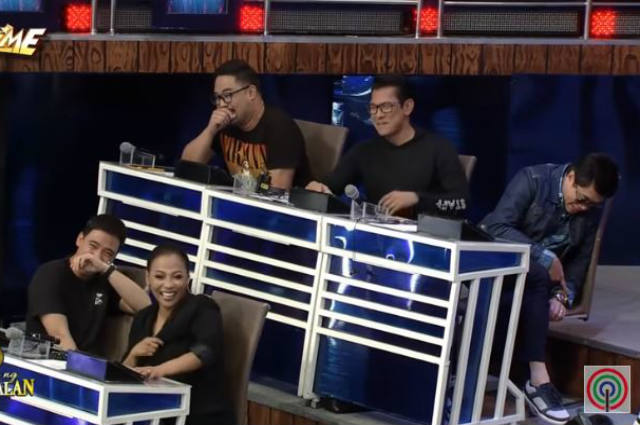 But not only did hosts Vice Ganda and Jhong Hilario brought joy to the audience and television viewers as the “Tawag ng Tanghalan” hurados also hopped in fun in the recent episode of the show.

The hurados who was having a hard time containing their laughter took on Vice’s challenge.

But what left everyone laughing even harded was host Mariel Padilla;s entry.