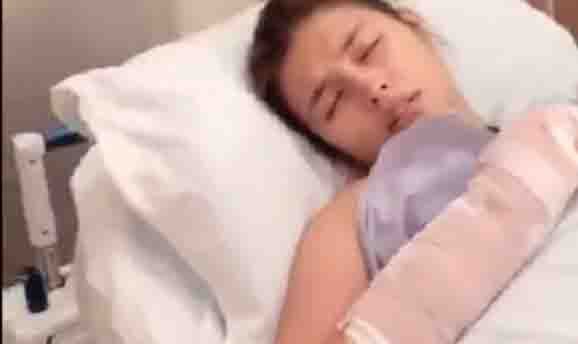 It was earlier reported that actress Liza Soberano will undergo her second operation for her injured finger. This was the main reason why Liza backed out of the ‘Darna’ project. In a video posted online, Liza seemed like to be in pain after surgery.

The video comes with a caption that shows Liza didn’t seem to recognize actor Enrique Gil.