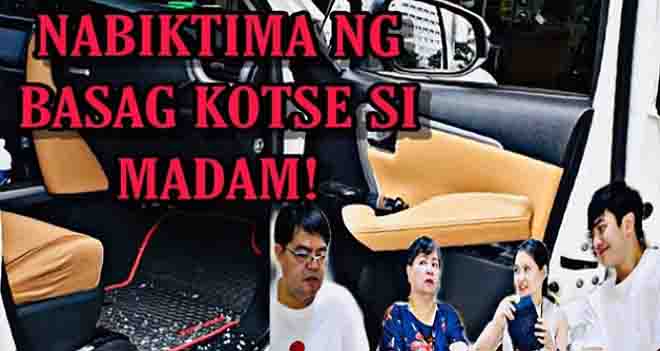 Actress Barbie Forteza was surprised to see that the right front passenger window of their car was smashed by the “basag-kotse” gang. Barbie just came from a party and was about to go home when she noticed that her car was already ransacked and the bag of her mom was also missing.

The incident was recorded on a CCTV but unfortunately it was too far to identify the culprit.

In a vlog entry of Jak Roberto, the mom of Barbie was at the back of the car saying the following: