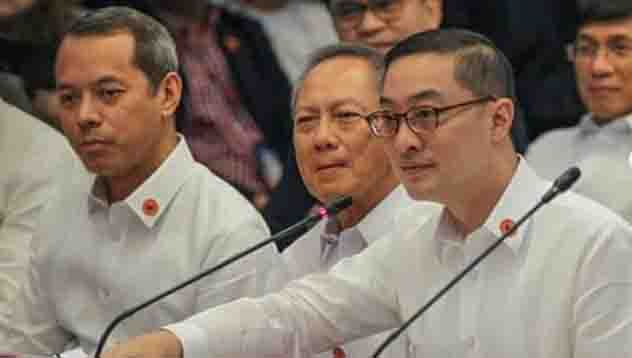 ABS-CBN management headed by its President and Chief Executive Officer Carlo Katigbak apologized to President Rodrigo Duterte if in case the network has offended the President in any way. Katigbak made the apology during the Senate hearing where the ABS-CBN franchise issue was being discussed.

“We are sorry if we offended the President. That was not the intention of the network, we felt that we were just abiding by the laws and regulations that surround the airing of political ads,” said Katigbak.

“Today, we want to make a categorical statement that ABS has not and will not have its own political agenda. In other words, a 100 percent of the President’s ads which were ordered for national airing where accommodated and broadcast and aired by the station,” Katigbag added.

“Doon sa local ads nagkaproblema talaga kami because we have two minute of airtime per hour. In the case of the local ads, the President placed an order P65 million worth of spots of which we failed to air P7M worth. Of the P7 million na hindi namin naere were able to refund approximately P4 million to the President in which he accepted. We were delayed in refunding he P2.6 million and that P2.6 million was no longer accepted by the President. We acknowledged our shortcoming po dun sa refund.” ended Katigbak.