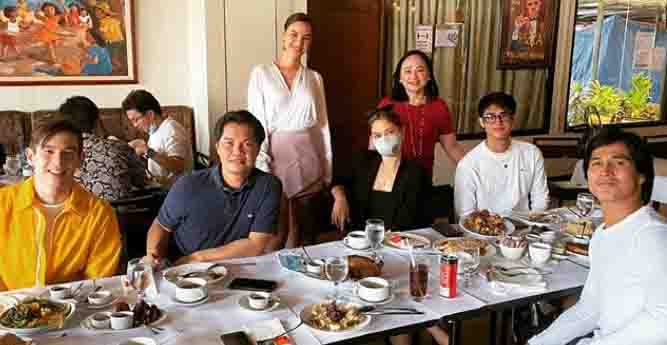 Former Congressman Albee Benitez who is now reported to be a block-timer of TV5 met with former ABS-CBN talents who are moving to the Kapatid network. It was reported the Albee will be producing some of the new shows that will be aired on TV5.

On his Instagram account, Albee met with some ABS-CBN talents that is reported moving or has moved to TV5. Albee was with Catriona Gray, Piolo Pascual, Pat Daza, Donny Pangilinan, Jake Ejercito and Maja Salvador having dinner.