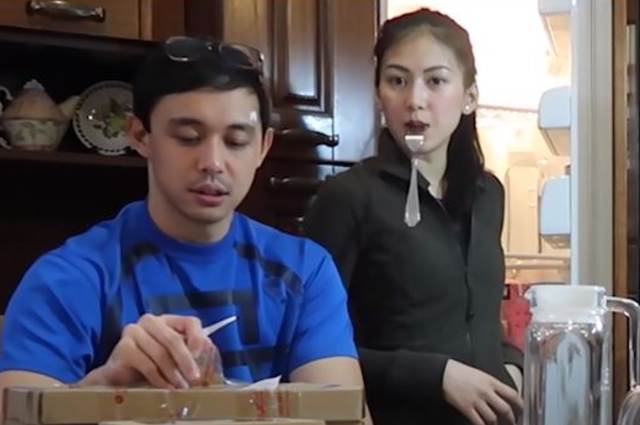 Kapamilya star and vlogger Alex Gonzaga amused her fans and followers once again in her latest YouTube vlog. Alex was one of the most well known vlogger nowadays because of her entertaining videos.

The latest vlog was all about fake tongue prank. Alex will pretend that she accidentally stabbed her tongue with a fork. Some people in their house knew right away that it was a prank but others like Lhen and Jen cried because they thought it was real.

Her fiance Mikee Morada trends on Twitter because of his priceless reaction to Alex’s prank. It appeared that Mikee got mixed emotions at that time, He was shocked and concerned for his future wife. He even shouted “Catherine ano ba” to which also trended on Twitter.