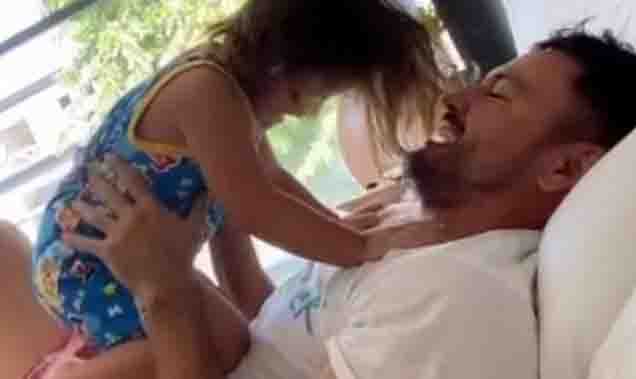 Actor Derek Ramsay can’t help but react over a netizen’s question related to his son, Austin Ramsay and his fiancée, actress Ellen Adarna’s son, baby Elias. It can be recalled that Derek has been active recently in sharing photos and videos of his bonding moments with baby Elias.

In his Instagram account, Derek shared a photo of him with Ellen. In the photo, Derek was seen carrying Ellen towards the dining table as it appeared they are going to have their meal.

The said photo that Derek has posted caught the attention of netizens as it went viral.

It appeared that the said comment from the netizen left a bad impression to Derek as he replied back:

“what kind of question is that?”