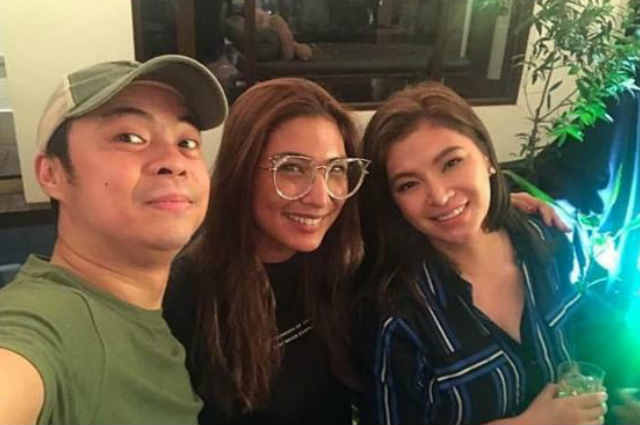 Kapamilya action drama queen Angel Locsin has made several friends in her years of being in the showbiz industry but some of them whom she truly treasures are the ones she ‘flexes’ the most about.

In one of her Instagram stories, Angel proudly shared how her friend Chito Miranda gushes about Bubbles Paraiso’s sexy Instagram photo where she showed off her armpits.

In her post, Angel shared a screenshot of Chito’s message from their group chat where he expressed his admiration to Bubble’s photos.

Angel, Chito, and Bubbles have been friends for years now and call their group as “ABC” with their initials as reference.