Angelica Panganiban, Bela Padilla and Kim Chiu reunites as they hold their own ‘Friends’ reunion 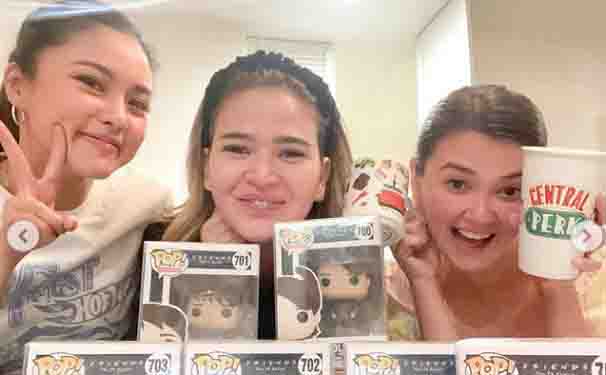 Fans and followers of Actress and TV host Kim Chiu expressed their admiration over her friendship with her fellow actress, Angelica Panganiban and Bela Padilla. It can be recalled that the three actresses called their group as ‘AngBeKi’.

In Kim’s Instagram account, she posted several photos and videos with Angelica and Bela taken when they had a reunion. In the photos and video, the three of them showed off their merchandise of the well-known American sitcom titled ‘Friends’. Kim also shared some clips where they were seen watching the reunion special of the said sitcom.

Happy to have found this kind of friendship!!!💕💕💕 #AngBeKi love you momsies! I miss you both so muchie!!!!❤️ #friendsthereunion@bela @iamangelicap salamat sa tawanan and happiness! Feeling recharged!!!!😁🤣😅🔋 hahaha” Kim wrote in the caption.

The said photos and videos that Kim has shared captured the hearts of netizens as it went viral. In the comment section, Angelica also expressed her love to Kim and Bela as she wrote, “Always the best and the happiest! ❤️ love you momsies!”