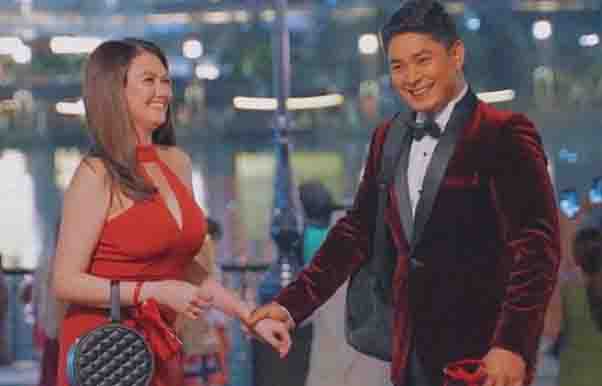 In the behind-the-scenes footage for their movie titled “Love or Money” released by Star Cinema, Angelica was so surprised when Coco pointed her towards a stunning Gucci package. “Diyos ko, ano to? Cupcake lang yung binigay ko!” Angelica said.

Angelica later on unboxed the gift of Coco, which was revealed to be a tableware set. “OMG! I love it! oh my gosh! So pangmayaman…. Wala akong masabe, kinakabahan ako sa kapalit…” Angelica said.