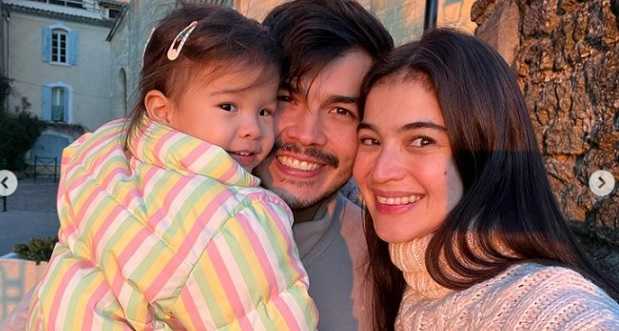 Fans and followers of Kapamilya star Anne Curtis were in awe over the photos that she shared on her social media account.

In her Instagram account, Anne posted several photos of her with her husband, entrepreneur and social media personality Erwan Heussaff and their adorable daughter, baby Dahlia. It appeared that Anne posted the heart-warming family photos to mark the 35th birthday of Erwan.

Anne expressed her love to Erwan as she wrote in the caption:

“Home is wherever we’re with you ❣️ Belated happy birthday @erwan. We love you to the 🌙 and back.”

The said photos that Anne has shared captured the hearts of netizens as it went viral. Netizens expressed their admiration and they greeted Erwan on his special day in the comment section.