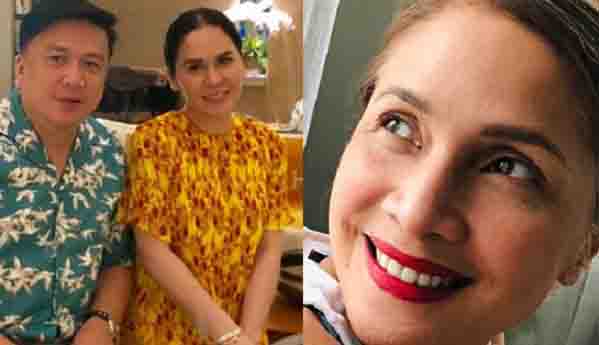 Miss World Philippines national director Arnold Vegafria called the attention of actress Agot Isidro in relation to her post regarding the post of Jinkee Pacquiao. Jinkee posted a photo showing their luxurious bikes from Hermes and Louis Vuitton.

Agot on her post admitted that it is not her concerned as to how Jinkee should spend her money since it’s their money, but appealed to be more sensitive in posting since a lot of people finding it hard to look for a job.

Arnold, a friend of Jinkee took to Instagram his take on the said incident and posted the following:

What Jinkee @jinkeepacquiao posts on her Instagram page is not for us to judge.

What she does with her family’s hard-earned money is none of our business, because such bountiful blessings are just the fruit of her husband’s esteemed legacy as an iconic Filipino boxing legend and businessman, and are not stained in any way by graft or corruption.

Jinkee has also worked her way up as a smart and prudent businesswoman with several investments under her good name.

You probably have no idea as to the extent by which the good Senator, Manny Pacquiao and his family, have done so much to help our countrymen, not just during the past three months during the height of the pandemic, but even way before when he was still working hard to achieve his iconic stature.

You probably don’t see or hear much about it because they are not the types to brag about their noble and charitable deeds for other people to see. They would rather do their humble acts of generosity away from the eyes of the media or the glare of the spotlight.

And please be more discerning about your use of the word “nouveau.”

The Pacquiaos have worked hard over the past decades to achieve their current standing in society, and despite their status, they have remained humble, low-key and generous to whoever asks for their help. Their fervent desire to serve their countrymen continues to inspire them to pursue higher education and excel in their public service endeavors.