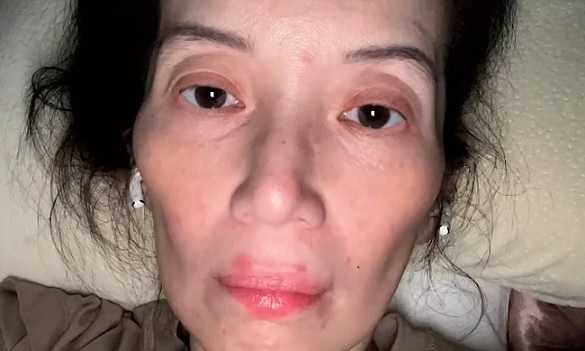 Maria Elena “Ballsy” Aquino-Cruz gave an update on the health condition of her sister and actress Kris Aquino. Kris went to the United States to get treatment for her ailment.

In an interview with the non-government organization Banyuhay Aotearoa, Ballsy said that Kris weighs less than 90lbs, her estimate is that Kris is weighing 85 or 86lbs.

“When she left, she had two autoimmune diseases. I think now there are four. She’s not even 90 pounds now, she’s like 85 or 86. For the other treatments that they want to try, she has to put on more weight. She has to get a little bit stronger.” said Ballsy.

“She has so many allergies that all the medicines they’ve been trying haven’t been working, or maybe they did but then the side effects—they were not too happy about,” Ballsy shared.

“There was a time she was really feeling that she was about to give up because she was having such a difficult time,” Ballsy recalled. “But then, when she looks at the pictures of her sons or when she sees them, then she knows she still has to fight.” Ballsy added.

“With all the tests that they do in the U.S., tests that we don’t have here, maraming naglalabasan pa rin, e, pero hopefully she’ll get better.” said Ballsy.