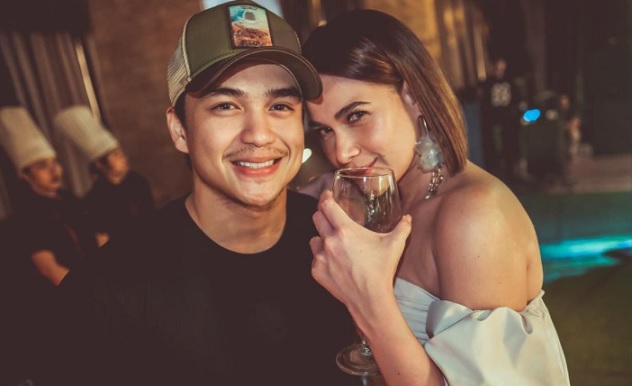 Former actress Beth Tamayo expressed what she felt regarding the rumored relationship of his nephew, actor Dominic Roque with actress Bea Alonzo.

“Happy ako for them… For me, that’s the mature way to handle it. I think they’re very confident and happy sa wherever their relationship… kung saan man sila ngayon…” Beth said.

It can be recalled that recently, netizens speculated that Bea and Dominic spent time together in a beach at Amanpulo due to some Instagram Story updates and Instagram posts in their respective accounts.

Beth also shared that she reminded Dominic about what people might say if they are indeed dating because Bea is a big star.

“Alam mo ‘yun… because Bea is the biggest star. Sabi ko sa kanya baka later on you will get a backlash from people saying that nakikisawsaw ka lang sa kasikatan ni Bea or whatever. Yung… you don’t have your own identity and just like riding sa career niya something like that. It’s hard. You might get feedback from other people na hindi maganda, deadmahin mo na lang. You know naman what to do and kung saan kayo masaya…” Beth said.