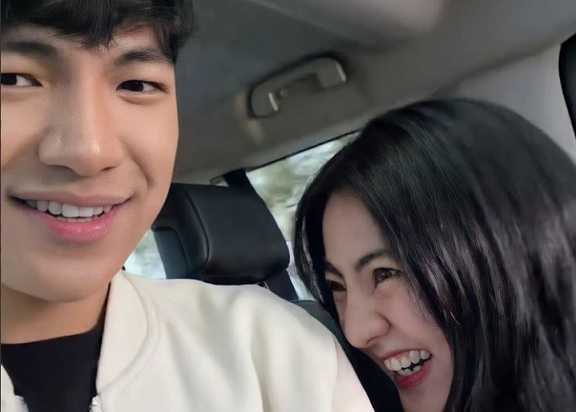 In a livestream video taken when Cassy and Darren were inside a car, they had cute moments together. It appeared that the said livestream video was taken when they were on their way for their brand endorsement. During the livestream, Cassy and Darren interacted with their fans as they answered some of their questions. Netizens can’t help but be amused and feel ‘kilig’ over their ‘kulitan’.

It appeared that Darren was surprised over Cassy’s remark as he said, “Napa-react si Ate Nesty dun!”

Cassy continued to tease Darren as she asked him if he was affected to which he answered, “no”.

“Parang di ako relate.” Darren shared to which Cassy appeared to be surprised as she said, “Wow! Really?! Really?! You?!”