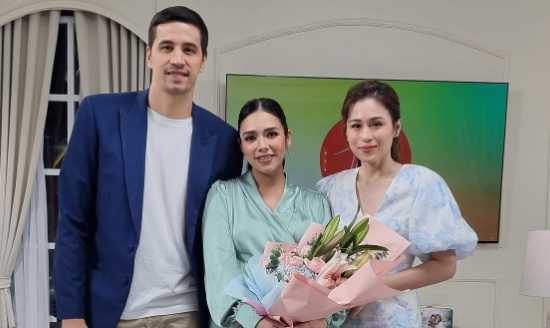 In her Instagram account, Danica posted a photo of her with her husband, professional basketball player Marc Pingris and Toni. It appeared that the said photo was taken when the celebrity couple guested in Toni’s TV5 talk show titled ‘Toni’.

Danica expressed her gratitude to Toni for inviting them in the said show. She also thanked Toni as she got a surprise baby shower.

“Thank you so much @tonishowofficial for having us and for the surprise baby shower for our little one. 🤍🤍🤍

The said photo that Danica has shared captured the hearts of netizens as it went viral.