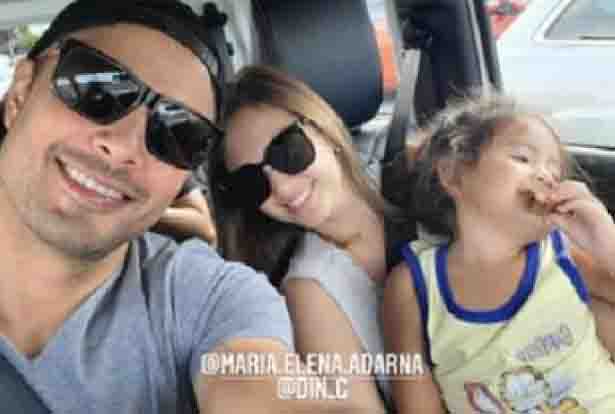 Actor Derek Ramsay has been spending a lot of time with actress Ellen Adarna and her child Baby Elias Modesto. Baby Elias is Ellen’s kid with actor John Lloyd Cruz.

Photos of the three going out of town, swimming, or simply chilling are all over online.

In one of the recent post of Derek where he was seen swimming with Elias, Derek described baby Alias a brave little boy:

One netizen then commented on the photo and said: