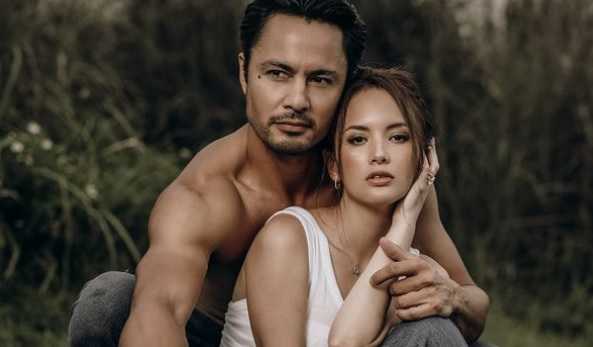 Fans and followers of celebrity couple Ellen Adarna and Derek Ramsay can’t help but feel ‘kilig’ over the photo that Derek has shared on his social media account.

In his Instagram account, Derek posted two photos as their first anniversary draws near. In one of the photos, Ellen and Derek were seen being sweet together as they were hugging each other. In the other photo, Derek posted a mesmerizing photo of the sunset. It appeared that the said photos were taken during their vacation at a beach in Pangasinan.

“Almost one year together @maria.elena.adarna ❤️❤️” Derek simply wrote in the caption.

In the comment section, Ellen expressed her love to Derek as she simply wrote, “I❤️u”

The sweet photo of the celebrity couple captured the hearts of netizens as it went viral. Netizens expressed their admiration as they commented:

– “I can see the strong chemistry between you two🔥💕”