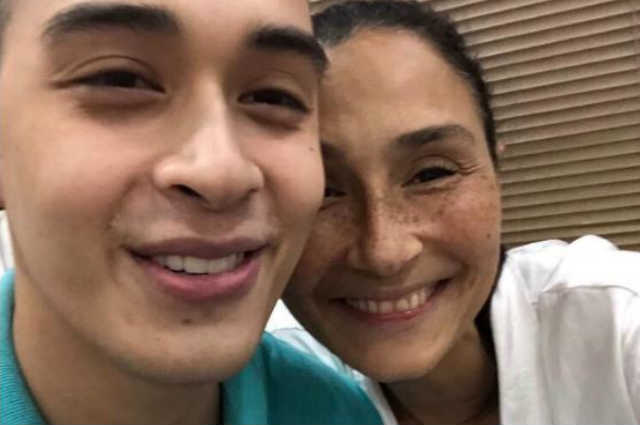 Actor Diego Loyzaga surprised fans after he shared some photos of him together with his mom Teresa Loyzaga on his Twitter account amid his showbiz hiatus.

On Twitter, Diego posted sweet photos of him and Teresa as they flashed their smiles for the camera which delighted netizens who have been hoping for the young actor’s showbiz comeback.

Marco Gumabao on Diego Loyzaga sudden leave from ‘Los Bastardos’: “We were all worried”

Diego Loyzaga hits back at netizen over his tree-cutting video

Several speculations sparked after Diego suddenly took a leave from the Kapamilya series ‘Los Bastardos’ where he was originally part as one of the lead stars.

Amid keeping mum about the reason about his leave, Teresa assured the fans of her son that he will be returning to work soon during her guesting in the morning show ‘Magandang Buhay’.