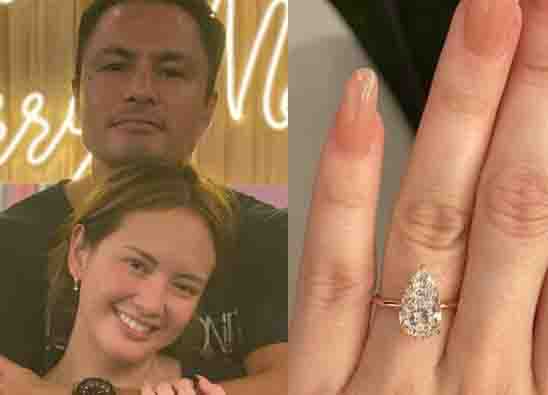 It’s game over for Derek Ramsay said actress Ellen Adara as Ellen announced on her social media her engagement with actor Derek Ramsay.

Months after admitting that they are in a relationship, netizens were surprised but at the same time happy with the engagement announcement.

Present during the occasion were Ellen’s son and Derek’s son.

Based on the photos posted, Derek proposed to Ellen “Will You Marry Me?” using neon lights and Ellen got emotional and accepted the proposal of Derek.

On Instagram, Ellen posted a couple of photos including her engagement ring with the following caption: