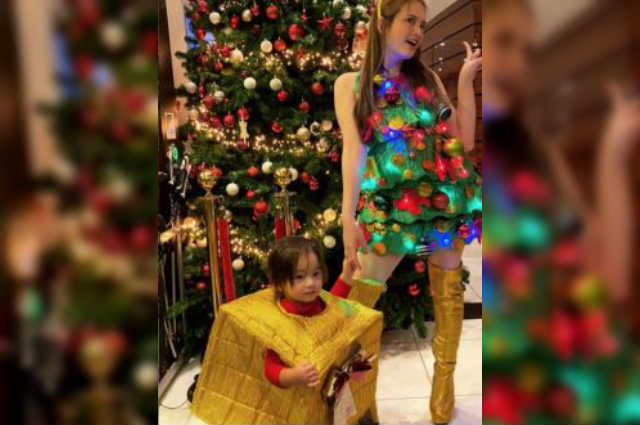 Actress Ellen Adarna has been away from the showbiz spotlight for quite some time now after she got pregnant and gave birth to her son Elias Modesto.

While she is currently taking on her mommy duties, Ellen got to celebrate the holidays with her son in Germany, along with some members of her family.

In photos shared on social media, Ellen and Elias were spotted wearing adorable Christmas costumes where the actress chose to dress up as a Christmas tree while her son was dressed up as a boxed gift.

Ellen’s sister Mika Adarna also shared a photo taken during their family’s holiday celebration and wrote in the caption: “Merry Christmas from my crazy family to yours!! 🥰🎄💕”

Merry Christmas from my crazy family to yours!! 🥰🎄💕

Last 2018, Ellen celebrated Christmas with her family in Cebu. While her rumored boyfriend John Lloyd Cruz was not in the Christmas photos, the couple reportedly celebrated New Year together in Japan.

Meanwhile, rumors about John Lloyd and Ellen’s split previously made rounds online but the two have remained mum about the issue.